A non-Idiots Guide to Arguments Against Nuclear Energy: Jacobson

Opponents of nuclear power have a standard repertoire of arguments that they habitually make against it. Many people, including myself have reviewed these arguments and pointed to both logical and factual flaws in them. I believe that people wishing to assess the debate ought to think things through for themselves.
The first argument which the enemies of nuclear power use is the argument that building reactors in the United States will cause bad people to acquire nuclear weapons. The bad people may be non-nuclear states which wish to acquire nuclear weapons for bad purposes, or they may be terrorists who wish to use nuclear weapons against us. A more extreme version of this argument asserts that building reactors in the United States will cause the use of nuclear weapons against civilian populations and exchange of nuclear weapons attacks by third parties. Lest my reader think that this argument is too crazy to be used by anyone who is not on anti-psychotic drugs, a supposedly reputable energy expert, Mark Z. Jacobson made the following statement last year:

It would appear then from the context, that Dr. Jacobson is arguing for a causal relationship between the development of civilian power reactors and nuclear weapons. As near as I can tell Dr. Jacobson's hypothesis is that the acquisition of power reactors is a necessary cause for the acquisition of nuclear weapons. But is there evidence that this is the case? Of the first five nuclear powers, four - the United States, the United Kingdom, the Soviet Union, and China - had no civilian power reactors at the time they exploded their first test nuclear device. Of other current and past nuclear powers, Israel and India developed their nuclear bomb programs using civilian research reactors that were not designed for power-producing purposes. North Korea based their nuclear program on a British reactor design that was primarily intended to produce plutonium for military purposes. There is no indication that North Korea intended to build reactors for civilian power purposes. South Africa successfully developed developed a Uranium enrichment technology during the 1970's. South Africa had no civilian power reactors at the time of its weapons development program.

Pakistan and Iran developed their nuclear programs using stolen technology. Pakistan's first small civilian power reactor was under international control, and played no role in that country's nuclear weapons development. Of other current or past nuclear powers, only France had a civilian power reactor program prior to the development of its nuclear weapons.

Thus if Dr. Jacobson's suggesting that civilian power reactors are causally related to the development of nuclear reactors, his claim is demonstrably false. This is not quite what Dr. Jacobson says. Jacobson's claim is that

The production of nuclear weapons material is occurring only in countries that have developed civilian nuclear energy programs.

No one who had the slightest acquaintance with the history of nuclear weapons would believe this false claim. We have to ask if Dr. Jacobson knowingly lied when he advanced the claim. Jacobson then argues that

the risk of a limited nuclear exchange between countries or the detonation of a nuclear device by terrorists has increased due to the dissemination of nuclear energy facilities worldwide.

Does this argument make the least amount of sense? Consider the following argument, "murder occurs in every country where dancing is permitted, therefore the world wide dissemination of dancing causes murder in countries where dancing occurs." This argument has the same underlying logic as Jacobson's argument. Jacobson might point out that murder might take place in countries where there is no dancing, but it can be pointed out in response that nuclear proliferation has taken place in South Africa and North Korea, countries where there were no civilian power industry.

There is no absurdity so great, that Mark Z. Jacobson can't compound it. Jacobson tells us,

Thus having arrived at this utterly absurd conclusion Dr. Jacobson then wishes to count the deaths and CO2 emissions from the supposed nuclear exchange as liabilities for nuclear power technology. We could argue with a rationality that equals Jacobson, that injuries inflicted on elderly and deranged Spanish gentlemen, by windmills as they tilt with them, are liabilities to for the wind industry. 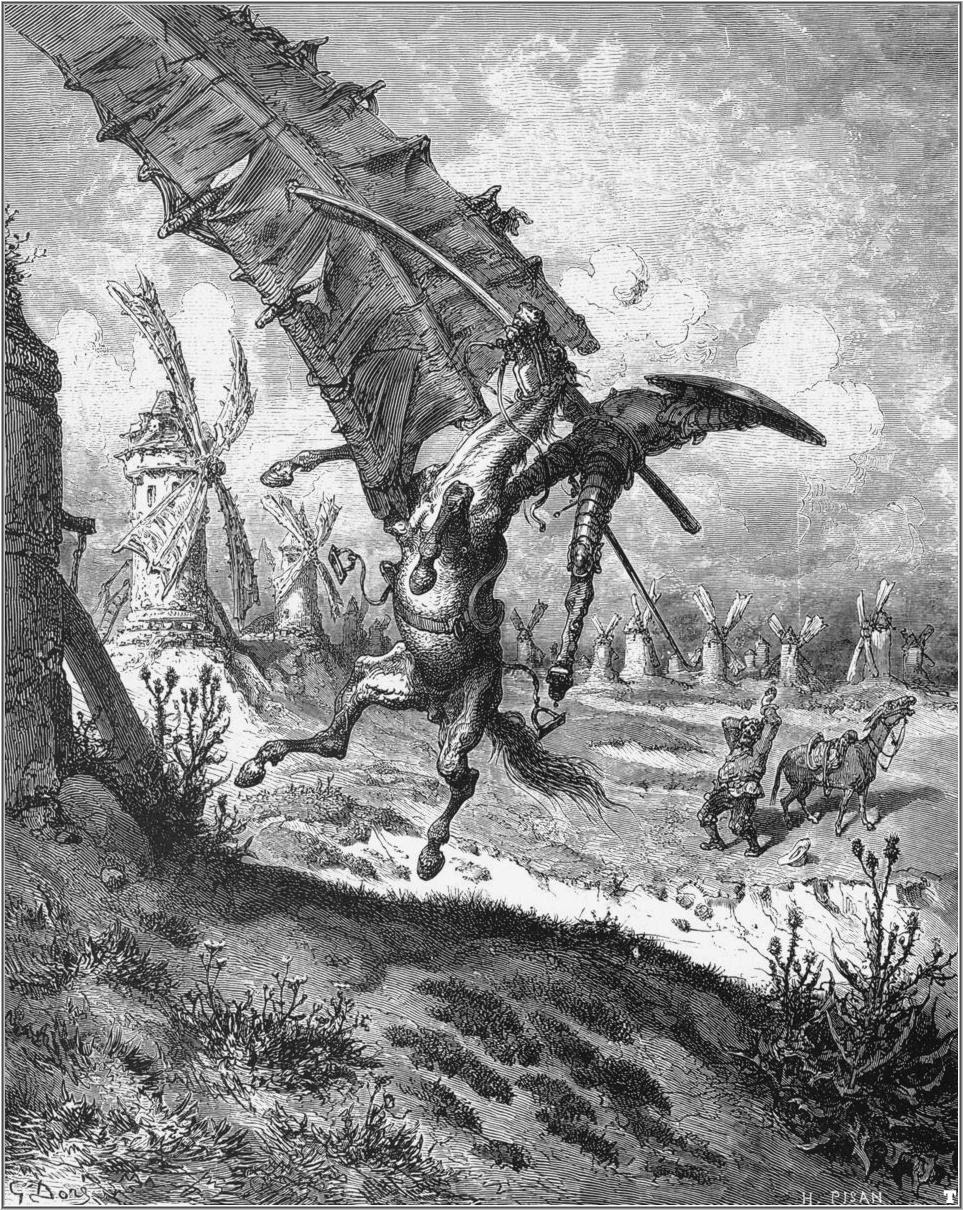 We have to ask about Jacobson's reasoning, how can he say this?
1. Is he so dumb that he fails to see the fallacies in his reasoning?
2, Or is he so cynical that he believes that he can get away with a dishonest line of reasoning?
3. Or is he playing a practical joke on his readers?
4. Or is Jacobson simply insane?
Whatever the case it is clear that Jacobson has weighed his assessment of energy sources by resorting to irrational means.
Posted by Charles Barton at 8:22 AM

Wow, I only knew Jacobson as the author of the theoretical wind potential paper. This... this is very sad.

Brace yourself; he has an article upcoming in Scientific American. It's not available yet in full, except for subscribers.

They do provide an attached paper, however, which SciAm suggests is an elaboration of the article. He seems to reiterate the claims here ("nuclear energy results in up to 25 times more carbon emissions than wind energy,") citing Sovacool and his own earlier work, which I presume is this trash you've been eviscerating.