Dick Smyser told the Oak Ridge Story, and Environmental concerns were a part of it

I found two unpublished posts related to Thomas Pigford today in a search of my old posts. I thought these were to good to leave under raps

One of the things that happened to me while growing up in Oak Ridge, is that I managed to assimulate the viewpoint of the atomic pioneers. I had no idea at the time of the importance of Eugene Wigner to the shaping of the ORNL/Oak Ridge mentality. In fact Wigner was often in the background and his thinking was communicated to Oak Ridge in ways we little suspected. Dick Smyser had a lot to do with the communications of the ORNL View to the community. Smyser was the editor and later the publisher of the Oak Ridger. Smyser was more than a jurnalist. His Brother-in-Law, Thomas H. Pigford, who was a former ORNL engineer, a Professor of Nuclear Engineering at the University of California, Berkele, and the only nuclear scientist to serve on the Three Mile Island Commission. The Pigford connection gave Smyser an added in with the ORNL staff, On addition Smyser had an "in house" expert he could turn to for insight, when he did not understand something. As a consequence Smyser not only kept Oak Ridgers well informed anout developments at the lab, but he helped to make Oak Ridge a uniquely nuclear literate community, I have little doubt that Weinberg sharred his thoughts with Smyser on more than one occasion, and Smyser had a social relationship with many ORNL scientists, and would have at leasst meet Wigner and been aware of his importance in creating in Oak Ridge a high level of nuclear literacy that extended beyond the scientific community. I am sure that I picked up terms like neutron economy and breeder blanket from the Oak Ridger, although I did not fully understand what they meant until I began to look closely ate the MSR in 2007. The MSR came well before the current energy crisis, but it was understood in Oak Ridge that the thorium fuel cycle MSR had the potential to provide all of the nation's energy in the future. By the 1960's the vision of a high tec future that would benefit not only the United States, but the world's poorest people, had taken hold in Oak Ridge, and the Oak Ridger reported on it.

Pigford was an expert on both the Uranium andthe thorium fuel cycle, and no doubt Dick Smyser learned something about those subjects from his brother-in-law.
So I grew up nuclear literate and exposed to the world view that lay behind the most daring scientific projects of Oak Ridge scientists. In addition Oak Ridge carried with it the Manhatten Project legacy. The story of K-25 particularly informed the Oak Ridge view of the world. K-25 was huge. It had been the world's largest building under one roof when it was completed during World War II. The isotope separation process used at K-25 was not perfected until construction was well underway. That sort of experience engenders a measure of self confidence. Oak Ridgers had considerable confidence in the power of their technology. They knew that a business as unusual sometimes needed to be set aside and that a great deal could be accomplished by people who were hard working and intelligent. The first atomic bomb that was dropped on Japan used uranium that was processed at Oak Ridge. From 8 tons of Uranium K-25 and Y-12 produced 64 kg of U-235. When the Little Boy bomb went critical, a little more than 1% of the U-235 in the bomb fissioned and about 0.6 g of that mass was transformed into energy. That bomb exploded with the energy equivalent of 20,000 tons of TNT. Most energy writers are unaware of the enormous amount of energy that can be extracted from tiny amounts of matter.
Oak Ridge Scientists conceived of the The Light Water Reactor and made major contributions towards its development, but Oak Ridge scientists knew that the LWR is a very inefficient means of turning matter into energy in a nuclear process. The Light Water Reactir core has to be far larger than a Molten Salt Reactor core. Small cores requite less material and labor to build. They are not necessicarily less safe.
The Oak Ridge vision was in no small measure formed by the natural setting of the city. Oak Ridge has a beautiful setting, and few places where the human species has found itself living can rivaled East Tennessee for natural beauty. Between 1942 and the present many people have lived in Oak Ridge for a short time, but those who tendede to stay, were people who enjoyed the natural setting. As a result Oak Ridge was a city of unusual environmental awareness.

ORNL uses the beauty of the Oak Ridge area as a selling point for employee recruitment. 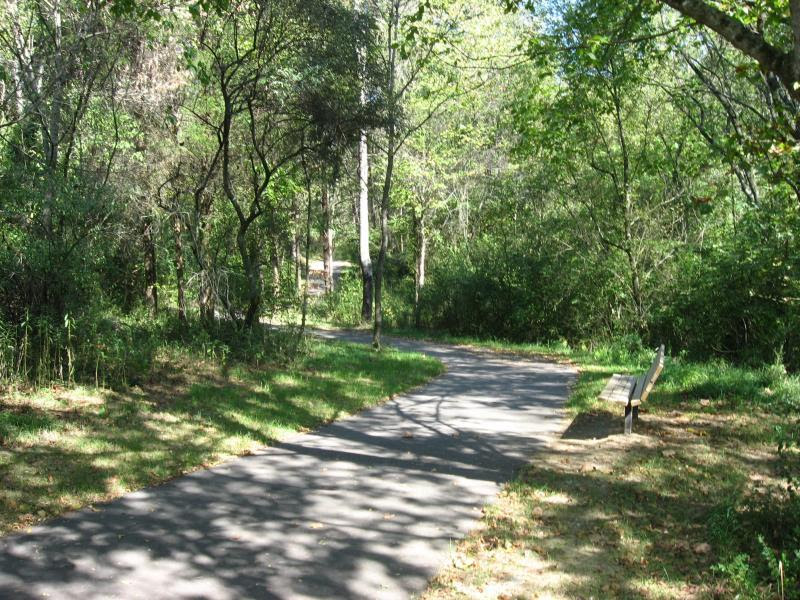 It was inevitable that ORNL was to become a center of environmental research and from the 1970's onward took the scientific lead in pointing to potential environmental problems caused by CO2 emissions. Oak Ridge scientist understood that burning fossil fuels represented a long term threat to humanity and believed that nuclear power could make an important contribution to the successful prevention of that threat.
Posted by Charles Barton at 4:50 AM

do they allow camping in that awesome place? I think it is really a good spot for camping

There are great camping places at several great and almost unknown state parks near Oak Ridge. These Include Big Ridge State Park, Frozen Head State Park, and Norris Dam State Park. Each park is only a short and very scenic drive from Oak Ridge.