The Social Construction of Ignorance: Knowledge Pollution and Nuclear Power 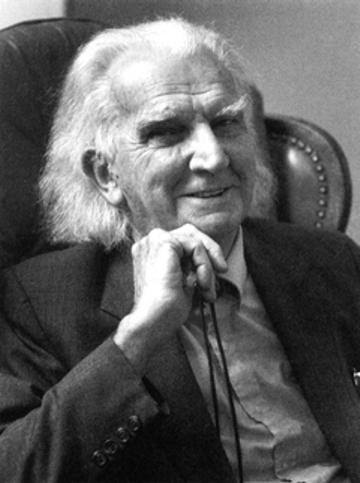 In the first essay in this series, I focused on a complaint by Stephen Gloor, that Rod Adams has engaged in a form of denialism in his advocacy of nuclear power. Gloor failed to demonstrate his case against Adams with actual quotations, and instead rested his argument on a series of unproven charges. I agued that not only were Gloor's charges unproven, but that there is ample evidence in Adams writings that they are completely false. Indeed it would appear that Gloor's charges against Adams had an ironic aspect.
In the second essay of this series, I suggested that "denialism" is a form of knowledge pollution, and pointed to the writings of the Hoofnagel brothers and Kenneth Boulding for a better understanding of what constitutes knowledge or information pollution.
In his essay, The Pollution of Information, Kenneth Boulding offers what my be described as a brief attempt at a phenomenology of knowledge pollution. Kenneth Boulding notes that

we can speak of information pollution when the information system produces images of the world which are unrealistic in the sense that they do not correspond to some external reality.

information is polluted when people tell lies or when error is perpetuated.

In addition Boulding points to another form of knowledge pollution

what might be described as ignorance, when we do not know things which would get us out of trouble if we did know them.

Boulding points out three cases examples of the production of knowledge pollution: The first is to be found in the operation or rather the dysfunction of the price system.

second source of information pollution results from the development of large scale organizations and the inevitable hierarchy which results. A hierarchy pollutes information, again because of a kind of distortion of the payoffs. A person rises in a hierarchy by pleasing his superior. He frequently pleases his superior by telling him what that superior wants to hear. Even at the subconscious level, therefore, there is a constant tendency for hierarchy to corrupt communications, and for necessary information to be filtered out before it reaches the top decision makers. The bigger the organization, the more likely are its top decision makers to be living in a wholly imaginary world.

The market, interestingly enough, even though as we have seen it has its own problems of information pollution, is itself a certain safeguard against hierarchy, simply because it permits the coordination of many different organizations without hierarchical control.

A third source of information pollution originates from

the problem of saliency. All human beings suffer from some kind of information overload, and under these circumstances it is the dramatic and salient information which breaks through the barriers that we all set up against information input. Hence our images of the world are perverted in the direction of the dramatic and away from those things which happen to be true and important but are not dramatic.

The only remedy for this form of information pollution is social science, and indeed the whole scientific revolution depends essentially on the development of techniques of sampling and testing which are designed to purify the information streams from error. Science is a kind of sewage plant of the information system, oxidizing error into harmless gas and returning a purer flow of information back into society.

Given that Boulding himself seems to acknowledge the inadequacies of Boulding's account of information pollution, I am going to attempt to suggest a relationship from the Hoofnagles' account of "denialism" and Bouldings of information pollution. First "denialism" attempts to use the effects of information overload, to prevent effective social responses to bad news, that suggests that business as usual may not be in order.. This is is obviously the case for the with the by now well documented disinformation campaign of the tobacco lobby. Exxon Mobil deliberately decided to emulate the tobacco lobby's disinformation campaign in order to spread doubt about Anthropogenic Global Warming, The point of such campaigns is to protect the marketing of products that carry a high social cost, that is not reflected in the market cost.
"Denialist" campaigns do not succeed in a vacuum. Smoking is extremely addictive behavior, and as the Bill Wilson and company long ago taught us, denial is a useful tool in avoiding the difficult decision to give up an addictive behavior. The Tobacco Lobby was able to fend off efforts to transfer some of the social costs of smoking to the market cost of cigarettes for a long time. In the case of fossil fuels, the fossil fuel lobbies have so far successfully avoided including the cost of carbon mitigation in the market cost of fossil fuels. Our current way of life is dependent on fossil fuels, and the notion that we are doing serious damage to the climate by greenhouse gas emissions, suggests that large, and even unfathomable changes will occur in our lives during the near future. The potential immensity of the change, and our potential for loose are something we would prefer to not think about. We really don't want to change. Thus the denialist campaign against the AGW concept strikes a responsive cord in the minds of many people who are comfortable with a way of life in which fossil fuels play a prominent role. My name is Charles B., and I am addicted to a way of life that requires the burning of an immense amount of coal, oil, and natural gas.
Denialism is not always motivated by market consideration. For example, the belief of a former President of South Africa, that AIDS was not caused by the the HIV virus. The issue here is that if people acknowledged the relationship, they would be forced to give up or modify certain sexual practices. The issue of behavior change thus lies at the heart of the denial of a AIDS-HIV relationship
The controversy over evolution would seem to involve beliefs, rather than behavior. But in this case, there is a behavioural component, that has to do with the distribution of authority in certain religious communities, and the boundaries of religious and secular knowledge. Fundamentalist preachers question evolution because their most cherished doctrine, the tithe, does not seem connected to the survival of the species. Ironically, the Tithe itself evolved in Judaism, and later Christianity.
If opposition to nuclear power is a form of denialism, what is it exactly that is being denied? Nuclear critics rest their cases on several arguments.

What we find in every case of denialism we have looked at, the denialist rejects information that is the consensus of scientists. If we thus find that these views of nuclear critics contradict the conclusion of scientists, then we can begin making the case that the anti-nuclear stance is a form of denialism. I will next attempt to review the relationship between the scientific views on the issues raised by nuclear critics.
Posted by Charles Barton at 1:47 AM

Charles Barton wrote:
In the first essay in this series, I focused on a complaint by Stephen Gloor, that Rod Adams has engaged in a form of denialism in his advocacy of nuclear power. Gloor failed to demonstrate his case against Adams with actual quotations, and instead rested his argument on a series of unproven charges. I agued that not only were Gloor's charges unproven, but that there is ample evidence in Adams writings that they are completely false. Indeed it would appear that Gloor's charges against Adams had an ironic aspect.

One often sees those who have few facts on which to base their opinions accusing their opponents of using the sleazy tactics that in fact they themselves are using. This seems to happen regularly in the political arena. To me it indicates a certain amount of mental disorder. It appears these folks are mirroring themselves as they attempt to describe the person with whom they disagree.