Have the Chinese Been Reading Energy from Thorium or Nuclear Green? 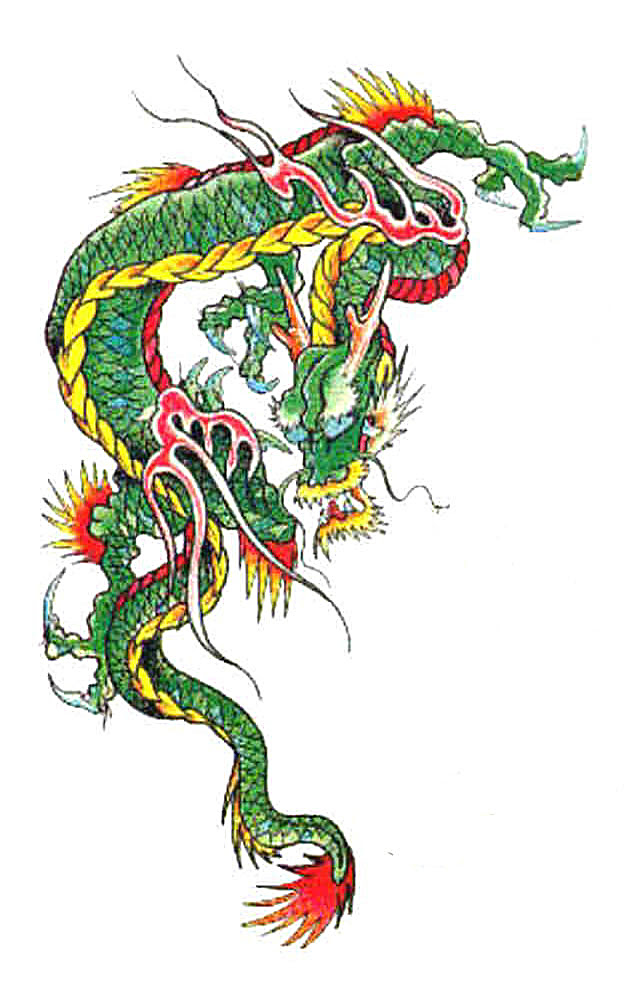 Last week the Chinese Academy of Science announced that it planned to finance the development of a Chinese Thorium Breeding Molten Salt Reactor (TMSR) or as it is called in the United States, the Liquid Fluoride Thorium Reactor (LFTR). The announcement came in a news report from Weihui.news365.com.cn. The announcement was relayed to Westerners who were interested in Thorium breeding molten salt reactors in a discussion thread comment posted by Chinese Scientist Hua Bai, last Friday. Kirk Sorensen, Brian Wang, and I all posted about Bai's announcement on Sunday, January 30.

In addition to these posts, the thread which Hua Bai started contains the revelation that the engineer who heads the Chinese Molten Salt Reactor Project is none other than Jiang Mianheng, a son of Retired Chinese President, Jiang Zemin. In addition to being President of People's China, Jiang was the chairmanship of the powerful Central Military Commission, suggesting the likelihood that Jiang Mianheng has military ties. He is the cofounder of Semiconductor Manufacturing International Corporation, and a former lead researcher in the Chinese Space Program, as well as Vice President of the Chinese Academy of Sciences. The presence of such a well connected Chinese science leader suggests that the Chinese TMSR project is regarded as important by the Chinese leadership. Thus the Chinese leadership, unlike the American Political andscientific leadership has grasped the potential of molten salt nuclear technology.

I read this, and I didn't know whether to laugh or cry.

After all, this site and others have been sounding the clarion call to action on this, and I should be glad that someone finally heeded it and its getting traction in a place that really matters, but I have a sinking feeling that:

a. its going to take far less than their planned 20 years

b. they are going to succeed beyond their wildest expectations.

Which means that the next, giant sucking sound we may hear is the sound of the 5 trillion dollar energy market heading east, further depressing our economy, weakening the dollar (and the euro) and ultimately making the US economy dependent on rescue from the chinese in the future (when they are done rescuing themselves).

Yet, in the large scheme of things, this is a definite good, and may be our savior from anthropomorphic climate change.

so again, laugh? or cry. I guess its up to how you view things - I guess I'm tentatively laughing at the moment, but mostly from the overwhelming irony of all this.

I can't help but have a feeling of sour grapes about this. While I congratulate China for doing the obvious, America has its head buried so far in the sand it can't see straight. With all the internet clamor about LFTR that's been going on the internet in the past 3-4 years, it was the non-English speaking Chinese that finally got the message that this was a great idea worth investing in. Our leadership ought to be ashamed of themselves.

The Chinese News story on the Thorium Molten Salt Reactor reflects the clear Chinese thinking about the potential role of LFTRs in the future Chinese energy economy. I will paraphrase,

"the future of advanced nuclear fission energy - nuclear energy, thorium-based molten salt reactor system" project was officially launched. . . The scientific goal is to developed a new generation of nuclear energy systems [and to achieve commercial] use [in] 20 years or so. We intend to complete the technological research needed for this system and to assert intellectual property rights to this technology. Fossil fuel energy is being depleted, and solar and wind energy are not stable enough, while hydropower development has reached the limit of its potential.. . .

Nuclear power seems to offer us a very attractive future energy choice, high energy density, low carbon emissions, and the potential for sustainable development. . . . China has chosen {to make an energy] breakthrough in the direction of molten salt reactors. . . . this liquid fuel reactors has a simple structure and can run at atmospheric pressure, [it can use any fissionable material as fuel} and has other advantages. "This new stove" can be made very small, will operate with stabile nuclear fuel, and will run for several decades before replacement. After the thorium is completely used in the nuclear process the TMSR will produce nuclear waste will be only be one-thousandth of that produced by existing nuclear technologies.

As the world is still in the development of a new generation of nuclear reactors, the thorium-based independent research and development of molten salt reactors, will be possible to obtain all intellectual property rights. This will enable China to firmly grasp the lifeline of energy in their own hands.

In the past, people always talk about "core" colors. The Hiroshima atomic bomb, the Chernobyl nuclear power plant explosion, these are like a lingering nightmare that is marked in human history. But a new generation of nuclear power will take the color green, the mark of peace taking human beings into a new era.

Oh Wow! It sounds as if someone in China has been reading Nuclear Green or Energy from Thorium. And there is more!

In addition, the "new stove" operating at atmospheric pressure operation, rather than the traditional reactor operating at high pressure, will be simple and safe. "When the furnace temperature exceeds a predetermined value, in the bottom of the MSR core, a frozen plug of salt will automatically melt, releasing the liquid salt in the reactor core into an emergency storage tanks, and terminating the nuclear reaction," scientist Xu Hongjie told reporters, as the cooling agent is fluoride salts (the same salts that also carrying the nuclear fuel), after the liquid salt cools it turns solid, which prevents the nuclear fuel from leaking out of its containment, and thus will not pollute ground water causing an ecological disasters. The added safety opens up new possibilities for reactors, they can be built underground, completely isolating radioactive materials from the reactor, also the underground location will protect the reactor from an enemy's weapon attack. Reactors can be built in large cities, in the wilderness, or in remote villages.

Well Kirk Sorensen and I wanted our ideas to become national priorities. We just did not know in what country it would happen first. Unfortunately the leadership of the United States, continues to be determined to lead this nation into the wilderness of powerlessness, while the leadership of communist China is alert to the possibilities of a new energy age. Possibilities that can be realized by molten salt nuclear technology. Lets hope that someone in the White House or Congress wakes up. The Chinese understand the implications of their venture into Molten Salt nuclear technology. The American leadership does not.
Posted by Charles Barton at 3:17 AM

I think this announcement will significantly raise the profile of LFTR in political circles in the US. Politicians may not understand the value of LFTR but they can easily grasp the concept of China doing something while the US is not. Lots of questions are going to be asked of DOE, NRC, etc in the next few months.

And yes, I do think they have been reading the thorium blogs and downloading documents.

Yes, hopefully there will an 'arms race' to develop MSRs and multiple nations will have a big program. Just like when the Russians sent a dog and a person into space the first time, the US got off their butts and pushed on to become a leader in space travel.

While I would much rather see the development work for the LFTR done in the USA, I have to wish China well in their efforts. The world needs the energy.

As the Chinese show success, we will need to remind our politicians that the fundamental work was done right here in the USA. But we put a worried look on our collective face and sat on the knowledge for 40 years. Then someone else opened the treasure chest, grabbed the prize, and ran with it.

I grew up during the heyday of the space program, and took my college entrance exams the day after the Apollo 11 moon landing. I see this program as the last national "can do" project. Completely reworking our energy infrastructure away from fossil fuels could be another national "can do" project. It will be tougher to make it so, since it doesn't have the glamor of the moon landing. But we were once able to take national pride in projects like the Hoover Dam. We need to recapture that attitude.

Another nail in the coffin for declining modern Roman Empire (US). Chinese of course read anything what makes common sense while our dudes watch American Idol and dream about creating “American Jobs”
For anyone, even with the slightest common sense it is easy to see Thorium Molten Salt Reactor is the greatest invention in history. Since energy is so critical for survival, nothing is more important to run modern society.
Chinese recognize this fact, hence they reached for the energy salvation “messiah” that was sitting there for 40 years while we are still looking in solar and wind dreamland.
There is still “can do spirit in US”, however, the bureaucracy, status quo and stupidity in our leadership sends very strong message to private sector “that you cannot do” because we will not allow you to do anything that is out beyond our limited understanding. We are completely bogged down in senseless rules created by sheer stupidity in the last 30 years by our “priceless” leadership composed of dudes and yahoos who saw the world from their own fantasy window

I think we should continue to call it "LFTR".

We Americans must have the greatest disparity between dumb and smart that has ever existed. We have brilliant scientists and the dumbest populace on the face of the earth. To let the Chinese beat us to implementing LFTRs is downright disgraceful. Our politicians have become nothing more than corporate shills only interested in preserving the status quo. We simply can't rely on people whose paycheck depends on not understanding something. I am downright disgusted with both Republicans and Democrats. Neither represents my values anymore.

At least we can thank our new Chinese overlords with saving the planet from its occupants.

There are a lot of Chinese who read and speak English quite well and then there's Google translate for those who don't. I have no doubt whatsoever they've been reading about Thorium and LFTR from the American based blogs and found inspiration. Sadly, America's leaders did not.

Frank Kandrnal,
Thank you for your well chosen poetic words.

Unlike most politicians over here the Chinese have many politicians with engineering backgrounds. They are pragmatic. Even copyright issues seem to be less significant when viewing the whole picture of managing the growth and the numbers.