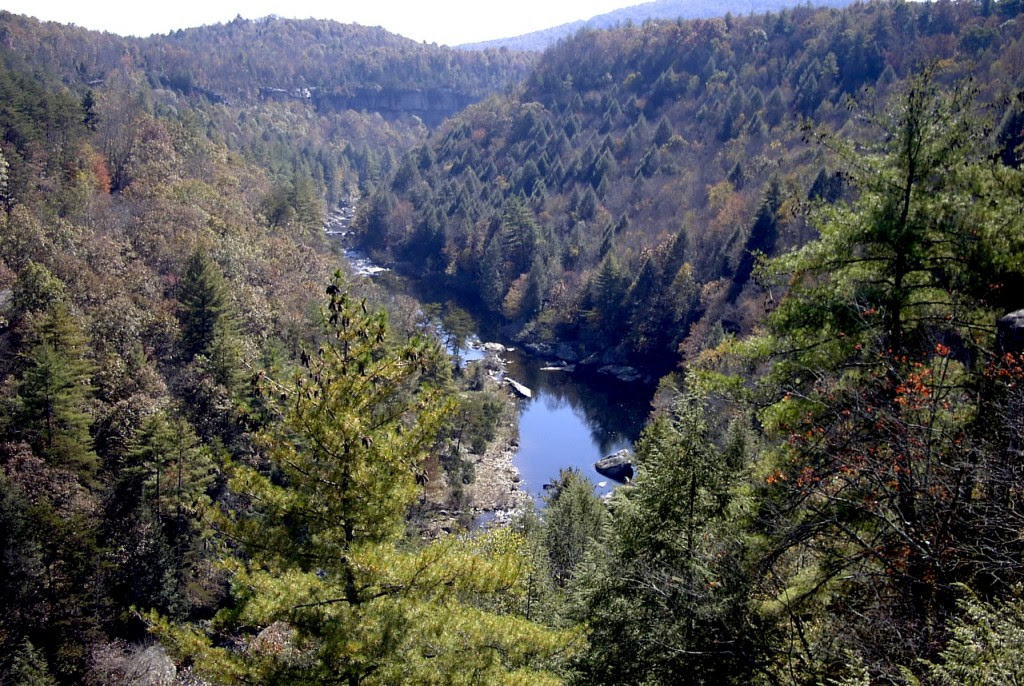 Greens must think Tennessee Environmentalist are a bunch of backward hicks who haven't got the word that dams are cool. Back during the 1960's and 70's things were different, and Tennessee environmentalist thought they were on board. TVA finally admitted that the cost of damming the Obed would be far more than the benefits. The Obed River is a beautiful white water river that flows through breathtaking gorges and bluffs of the Cumberland Plateau of Tennessee. White water lovers thought out the Southeast and beyond flock to the Obed River and its tributary Daddy's Creek every spring to challenge their rapids. Some know of the fight to preserve the Obed from a TVA dam in the 1960's and 70's, others do not.
There were other East Tennessee fights again TVA dams. Dr. David A. Etnier of the University of Tennessee, fought successfully to save the tiny Snail Darter from an extinction that would have happened if a TVA dam on the Little Tennessee River had been built.
Now the new green party line is that East Tennesseans who fought to save the last wild rivers of East Tennessee from impoundment, were really bad people who were serving the interest of nuclear power by preventing the extension of "green" hydroelectric power. The new green dogma is that every river, creek and trickle in the United States should be dammed, and its impounded waters used to drive hydro-turbines. Forget about natural beauty, forget about recreational uses, forget the wildlife habitat, and forget about cost-benefits analysis. Forget if the dam ever actually will produce much electricity. Just do it. Just dam those things. And let the beauty of every place where water does not flow be spoiled by towering wild generators.
Posted by Charles Barton at 6:53 AM

Why is some crap about cheaper solar panels being spammed all over the net?

Oh well, even if solar panels were free they'd still be a bad deal.

Anon, the solar story, is to say the least, faltering. Solar is simply not a cost effective energy source. Solar supporters are grasping at straws. I am, however, going to censor their claims.